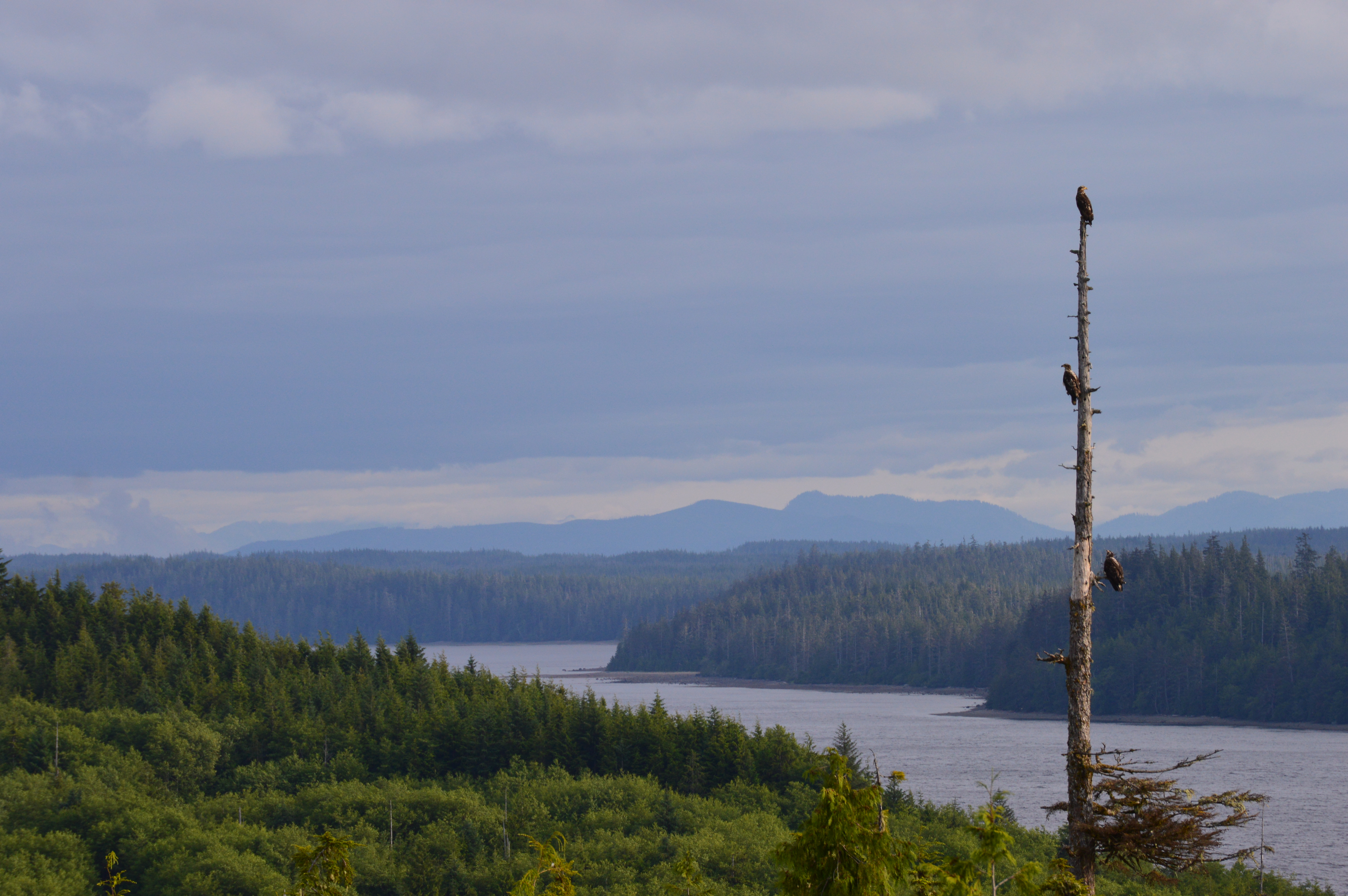 Haidas have long been stewards of Haida Gwaii and for thousands of years, the forests have sustained a vibrant north coast culture. In the early 1900s, commercial logging began in earnest on Haida Gwaii, and Haida control over the lands and resources of the islands was gradually usurped. Under provincial forest management practices, forest companies clearcut old growth forests at a rate that was viewed as unsustainable and inconsistent with long-standing Haida stewardship practices and evolving social expectations. Opposition to this management regime grew and in 1985, Haida elders, youth, cultural leaders and activists took a stand on a logging road at Athlii Gwaii Lyell Island.

For both the Crown and the Haida Nation, the stand at Athlii Gwaii was a defining moment. The 1985 stand halted logging in the area and sparked talks between the Haida Nation and Canada that opened the door to a new era of resource management and land protection on Haida Gwaii. Through these talks, the Haida Nation and Canadian government negotiated the Gwaii Haanas Agreement in 1993. This agreement resulted in the official creation of Gwaii Haanas National Park Reserve and Haida Heritage Site, the first National Park Reserve that is cooperatively managed by both an Indigenous government and the Canadian government. For the first time, Haida rights were formally recognized and affirmed by Canada and the Haida Nation began to share in the management of the Islands.

In the years since, the relationship between the Haida Nation and the federal and provincial governments has continued to evolve and move toward a more cooperative and respectful partnership. In 2004, the Supreme Court of Canada ruled on Haida Nation v British Columbia (Minister of Forests), [2004] 3 S.C.R. 511. The case found the Crown has a duty to consult with Aboriginal peoples and accommodate their interests prior to taking any actions that might infringe upon their rights and title. And in 2007, the Haida Nation and Province of BC signed a Strategic Land Use Agreement (SLUA), affirmingÂ a commitment by both governments to co-manage lands and resources.

To further this new relationship the Kunstaa Guu Kunstaayah Reconciliation Protocol was formalized two years later, in 2009. This protocol establishes that specific decisions about resource development and land use on Haida Gwaii are to be shared by the Haida Nation and British Columbia. To implement this new model of shared decision-making, the Provinces Haida Gwaii Reconciliation Act and the Haida Nations KaayGuu Ga ga Kyah tsas  Gin inaas laas waadluwaan gud tla gud giidaa Haida Gwaii Stewardship Law were enacted, providing for the formation of the Haida Gwaii Management Council in 2011.

For the better part of a century leading up to the signing of the Kunstaa Guu  Kunstaayah Reconciliation Protocol in 2009, decisions about land and resource use on Haida Gwaii were made mostly by the Crown. Recent legal principles established by Canadian courts, as reflected in the Kunstaa Guu-Kunstaayah Reconciliation Protocol, are moving Haida Gwaii away from this approach and towards a more shared and joint decision-making model.

Although the Crown and the Haida Nation disagree about who holds Title to Haida Gwaii, both governments have taken steps to create a more productive and respectful working relationship by committing to joint and shared decision-making regarding land and natural resource development on the Islands. In order to facilitate this collaborative decision-making, each government appoints two representatives to the HGMC and together they appoint a Chairperson.

While this form of management is a significant change from how resources have been managed over the past century, the guiding principles are not new. The Haida view of stewardship, or the obligation of responsible use and protection of the natural world, has existed for many thousands of years. When the HGMC was established, it signalled a return to a management system that corresponds more closely with the Haida approach to natural resource management, grounded in yahguudang respect.

For the province, this new arrangement is the only one of its kind and represents a desire to work collaboratively and in the spirit of reconciliation with the Haida Nation.

HOW IT ALL WORKS

The HGMC is responsible for the following:

The HGMC is also responsible for:

In 2012, the HGMC carried out a Timber Supply Review (TSR) for all of Haida Gwaii. The purpose of a TSR is to analyze the impacts of current forest practices on an areas timber supply, economy, environment, and social conditions.

The 2012 Haida Gwaii TSR was used to determine the first Allowable Annual Cut (AAC) set by the HGMC. An AAC is the total amount of timber, measured by cubic metre, that may be logged from an area in one calendar year  the determination excludes private lands. In determining the AAC, the HGMC considered the following factors:

Public involvement and comment are also important factors in the TSR process, which includes opportunities for public consultation and input that is considered by the HGMC when an AAC is being determined.

On April 4, 2012, the HGMC set Haida Gwaii AAC at 929,000 cubic metres, a 47.6 percent reduction from the previous AAC of 1,772, 616 cubic metres. An updated TSR is expected to be completed later this year, with a new AAC following shortly thereafter.

Over the last several years, the HGMC has also held Forest Strategy forums, approved a minor amendment (2014) and a major amendment (2017) to the Land Use Objectives Order, and undertaken work to update the Protected Area management plans to align with the recently completed Marine Area Plans. The HGMC also continues to develop a draft policy for the identification and conservation of heritage sites.

The HGMC is working with the Reconciliation Table and Solutions Table to better understand the non-consensus issues that are arising at the Solutions Table.